How long is the average movie

A decade ago, the top 10 movies of the summer of 2009 averaged 116 minutes in length. In the summer of 2019, that statistic ballooned to 125 minutes as Hollywood studios looked to keep filmmakers happy and lure audiences out of their homes with oversized visual effects extravaganzas.

Avengers: Endgame, the highest-grossing movie of the summer and the biggest opening of all time (unadjusted for inflation), clocked in at a whopping 182 minutes. and Once Upon a Time in Hollywood passed the 160-minute mark. in 2018, the average length of the top 10 movies for the entire year was 132 minutes, up from the 2017 average of 129 minutes.

“Movies seem to be getting longer, and not just the more esoteric or epic historical films that have traditionally been given the long-form treatment,” says comscore box office analyst paul dergarabedian.

In fact, audiences need to watch their fluid intake “to sit through an entire movie without a mad dash to the bathroom and back,” adds dergarabedian, since horror movies (it:chapter two), fare of superheroes (endgame, spider-man: far from home) and literary adaptations (this weekend is the goldfinch) subject the viewers to a long journey.

and there may be a financial cost. about Sept. weekend 6-8, new line and it: chapter two from director andy muschietti opened with $91 million domestically, a 26 percent decrease from the first, which debuted to $123.4 million the same weekend of 2017. the sequel ran for 169 minutes. 34 minutes more than its predecessor.

“Andy had a lot to tell as he wrapped up his adaptation of Stephen King’s book, which is over 1,100 pages long,” says Jeff Goldstein, head of distribution for Warner Bros., New Line’s parent company. “We strategically added more shows and locations to counteract the loss of a show on every screen.”

adds a rival studio exec on the matter: chapter two, “Look, $91 million is a big number. but every time the second movie in an anticipated franchise drops, and doesn’t come up, that’s not what you want. And I think the fact that it was so long didn’t help.”

In His Defense: Chapter Two’s longest running time, Goldstein points to the huge success of Disney’s Endgame, which grossed $2.8 billion at the worldwide box office, including more than $858 million in North America. “There is no question that opening weekend grosses are often hampered by films with long run times which, by their nature, have fewer features per day and therefore have a harder time breaking records. ”, says dergarabedian. Unless, he adds, “as we’ve rarely seen, theaters create a special circumstance by adding rare late-night showings. Avengers: Endgame was the perfect example of this.”

The highest-grossing films of the past three years at the global box office have had runtimes of more than two hours; Avengers: Infinity War (149 minutes), Star Wars: The Last Jedi (152 minutes), and Captain America: Civil War (146 minutes).

And it’s not just sci-fi action blockbusters that were super-sized this summer.

a24’s july horror film midsommar, written and directed by ari aster, ran for 147 minutes and has grossed $27 million to date, compared to 127 minutes for the filmmaker’s legacy horror film in 2018 , which grossed $44 million at the box office.

And then there’s the return of author Quentin Tarantino, this time pairing Leonardo DiCaprio and Brad Pitt in Once Upon a Time in Hollywood. Clocking in at an impressive 161 minutes, the Sony Pictures film has grossed $310 million to date worldwide, and will soon surpass Tarantino’s Inglourious Basterds to rank as the filmmaker’s second-highest-grossing film behind Django Unchained. ($425.4 million), not adjusted for inflation. django was 165 minutes long, while inglourious was 153 minutes long.

box office analyst jeff bock of exhibitor relations doesn’t believe a film’s length is a factor in its box office performance. “Long form is fine as long as you can justify it,” he says.

“There is no magic number,” adds former Fox distribution chief Chris Aronson. “If a movie is longer than 2:20 [140 minutes], it’s probably going to cost you screen time. but if the director’s vision is beautiful and dynamic, then it doesn’t matter.”

Disney, which controls more than 44% of the global market so far this year, isn’t afraid to pass the two-hour mark for its live-action fare, particularly when it comes to Marvel superhero movies. Among Disney studio titles proper, Guy Ritchie’s live-action Aladdin, starring Will Smith, ran for 128 minutes, while his virtual star production The Lion King was just shy of that at 118 minutes. /p>

While the summer has come to an unceremonious end (revenue is down 2% year-over-year), the trend of longer run times shows no signs of slowing as Hollywood gears up for a slate fall jam-packed with oversized prizes worthy of prizes. offerings.

Rated at an estimated 210 minutes, or three and a half hours, Martin Scorsese’s Netflix mob drama The Irishman easily dwarfs the 180-minute running time of his 2013 Oscar-nominated play The Wolf of wall street, to mark the longest narrative feature film of his career. The Irishman will be shown exclusively in select theaters for four weeks beginning November 1. 1, and may test the limits of consumer patience.

“In a perfect world for movie theater owners, each movie would be an hour and a half to two hours long,” says wall street analyst eric handler of mkm partners. “But really, the most important thing is the movie. if the story needs to be longer than two hours, that’s what matters. you want people to have a good experience.”

September 12, 8:45 a.m. m. An earlier version of this story had the wrong North American brute for Avengers: Endgame. thr sorry for the mistake. 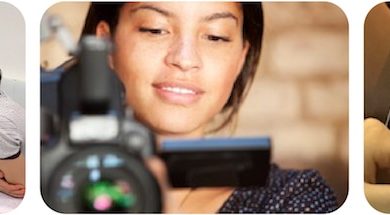 When does the new sonic 2 movie come out