How to make a movie set

Can’t find the location you need? build it!

in writing the script for mayfield, i was very inspired by the architecture of the old murphy theater in wilmington, ohio, and wrote my script with that location in mind. the script was completely finished when I made my first visit to the theater; I really tried to visualize all the scenes there. The dressing room written for Mayfield had a lot of character and sadly the dressing rooms in the theater I rented did not. With bright white walls, fluorescent lighting, and a gray concrete floor, nothing in these rooms follows the script.

At this point, it was time to make a decision. do i rent two extra days at the theater for dressing and filming in the dressing room at $500 a day? Or do I save that money and build it somewhere else? after all, a dressing room is actually a rectangle with a mirror, so it was obvious to me that it could have been done anywhere.

why build a set, anyway?

Once you start building cheap outfits and using all the scraps you have, you’ll become a pack rat.

Locations are really hard to find when you don’t have a lot of money and you’re making an independent short film with no plan for financial return. so the first thing I did was call all my friends who owned real estate to see if they had anything open that I could borrow for a couple of weeks, but each place had a problem that made it impossible to film. one building looked perfect, but had no electricity and was located on a busy street with a lot of traffic. I thought about using a regular bedroom, but most bedrooms are very cramped with very limited space for lights and other equipment. I didn’t think I’d get all the shots I wanted. when i spoke to my dp, he suggested finding a location with an open ceiling so we could light it from above. that’s where the garage comes into play.

The actor who plays James Mayfield (John Riley) has a garage with a 12 foot ceiling. it was a perfect place to build a set because there was plenty of electricity, we could light it from above, we had some sort of temperature control, and access to a kitchen to prepare all the food for the crew. the only problem is that there was actually already a set built there from a western that john had directed a few years earlier.

You don’t know what’s available to you until you ask about 100 people and hear “no” about 99 times.

I had to convince a man in his seventies to help me tear down his line shack cabin set built in his garage and build another set there. As you can imagine, he was a bit reluctant to sign up for all this work, but once he saw how passionate I was about this project and how much work I had already put into it, he agreed to help me out. (Side note: Turns out some people really do respond to passion. If you want people to be passionate about your project, find a way to make them take ownership of your role and show ongoing appreciation for everything they do.) Independent filmmakers really shine when they are resourceful and make the most of what they already have. no one is impressed when you build a big set on a big budget because it is expected. however, if you can build a great set with little or no money, people will start to notice.

Once the space in the garage was cleared, it was time to build the set. we already had part of a wood floor so we supported it in the corner so we didn’t have to have a ton of support for at least two of the walls. a producer on the movie used to own a haunted house, so we traveled to a barn where he kept about 200 walls and went through them until we found 12-14 that were salvageable and good enough to build our dressing room on.

We made everything look old by rubbing it with coffee.

We used every scrap piece we could find to put up the walls and make the trim. It might seem like luck to run into a bunch of fixed walls, but we did our best to come across as “lucky” as possible. You don’t know what’s available to you until you ask about 100 people and hear “no” about 99 times. once the walls were up, we painted it with leftover paint mix we had from painting a room in our house, and some reject $5 gallon paint from lowes. I spent about $40 on a bead board to put around the bottom edge of the set, and stained it with leftover dye I found in my shed from a home improvement project years ago. we made everything look old by rubbing it with coffee. I know my advice for building a cheap set sounds a lot like “just have everything already and you’ll be fine,” but it’s all about taking inventory of what you have available, and when to recognize when something can be useful in the future. Once you start building cheap sets and using every scrap you have, you’ll find yourself becoming a pack rat. For example, last year I had a contractor build a deck on my house and told him not to get rid of any scrap wood because I wanted everything. So now I have a shed full of wood he would have thrown away, but is perfectly good for building sets at no extra cost!

find the things you don’t have

Naturally, early on we made an inventory of everything we needed to wear in a dressing room that would fit the mood and the story. unfortunately, it wasn’t much. Going to craigslist or goodwill for accessories and furniture seemed like a good idea until I realized that everyone on craigslist wanted real money for dressers, mirrors, dresser curtains, antique theater seating, etc. spending $75-$300 a piece wasn’t really in our budget, especially since we needed to borrow a truck to go get them. I also didn’t want to have all the items after I bought them because I have limited space to store potential accessories and no time to resell them. After asking around and talking to our lead actor, I found out he knew someone at a theatre playhouse. We gave them a call and begged them to let us go through all their props they had in the building. We managed to pick up about 75% of what we needed to fill the dressing room with old theatre stuff. I know favors like that don’t come to everyone, but you never know until you ask, and if you ask, be willing to return the favor and add value to them as well.

I bought an old mirror from goodwill and aged it following a youtube tutorial (after ruining two other mirrors). once the big stuff was sorted out, it was easy to print out old theater posters that are now in the public domain and throw clothes everywhere.

I spent about $300 to get exactly what I wanted in a location we had access to for 2 months instead of paying $1000 (plus props) to rent a space for two days that would have been much less suitable for our movie. The script also called for a bathtub scene, so we built a bathroom right next to the dressing room. that process was almost identical to the dressing room, except we didn’t have any more hardwood flooring, so we drew “boards” on a piece of lioness that was stained with our leftover dye. we were also able to easily fill the tub with a garden shed and drain it right outside the garage door. (I had to spend $75 on a claw-foot tub at a junkyard, but they’re actually hard to find for free.)

Filmmaking is about adapting to a situation and making the best film possible with the tools available. Although it seems that our experience worked perfectly and we are still lucky, it is not the case at all. every moment of success we had was the result of a dozen failures and a lot of hard work. we simply adapted to the situation and solved the problems along the way.

also, you never want to be the guy (or girl) who burns bridges. If someone reaches out to you and donates their time or property, be willing to pay it back. Not only is it important to maintain those relationships and build a network, it’s also part of being a decent person. 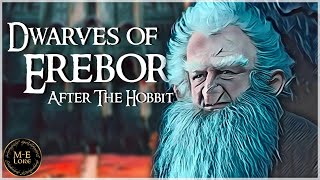 Dwarves in The Hobbit and Fellowship of the Ring | Shmoop 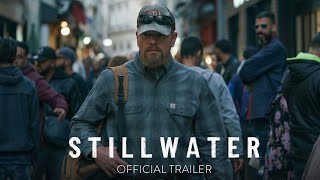 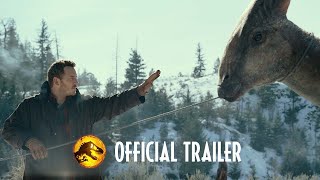 When does the new jurasic park movie come out