Returning to the cinema after almost five years, satish kaushik has made a film very different from the ones he has done before. kaagaz can easily be called his best work to date, but he is still catching up in a genre that has left the days of melodramatic background music behind.

kaagaz is the true life story of an extraordinary man, lal bihari mritak, played here as bharat lal mritak by the ever flawless pankaj tripathi. Bharat Lal is a lovable and warm-hearted band musician from a small town in Uttar Pradesh, who believed in slow living before millennials made it all the rage. content with his little shop, a sweet home with a loving wife and young son, he has no aspiration to trade it for anything. The opening scene where Bharat captures a mouse in his shop and converses with it before setting it free does a good job of establishing him as a man of pure intent. pankaj, in just a couple of minutes, melts in your heart. sadly, this is also where the film’s poignant storytelling reaches its peak.

When bharat’s wife, who has a little more hope for a better life, asks him to expand her business with a bank loan, he realizes he has a peculiar problem. he is dead, on paper. Unbeknownst to him, his scheming aunt and her children succeeded in having him pronounced dead, usurping property that was legally his. Thus began Bharat’s decade-long grueling struggle against a corrupt system, the bureaucracy, his own family, and his greed. however, these larger enemies emerge much later in the film, initially his biggest enemies being the town boys and idle men who taunt him and call him a “ghost”.

The film has many foes, albeit of its own making. Satish’s direction and more than a few cliched choices push the film to its premature death. All the goodwill that was raked in the first few minutes is wasted with an item song that has sleazy men and zoom ins on Sadeepa Dhar’s waist. The evil chachi gets her own Komolika-esque sound effects, and a needless commentary by Satish runs through every scene, explaining a fairly simple plot so much that it seems insulting to the audiences’ intellect. Morose music plays at cue during emotional scenes and a buffalo grunts during a marginally amusing moment.

and despite all this, the film can still be seen solely because of pankaj tripathi’s performance. it’s still a surprise to see him slip into any medium, any character with buttery ease. From a sassy gun-throwing gang leader in Ludo to the sweetest dad in Gunjan Saxena, Pankaj has proven time and time again that there really is nothing he can’t do. As a small-town man with a heart of gold, Bharat Lal was never much of a challenge for an actor of his abilities. pankaj plays it with kindness, mania, rage, and pain, all in equal measure.

While Pankaj Tripathi may be a marvel among actors, it is those around him that disappoint. From the wife to the chachi to the cousins, politicians, journalists or friends, no one is given a role worth biting into. It also comes as a relief because none of the supporting actors may have been able to carry the weight either. Their jokes do not land, the more emotional scenes do not impress and the wife’s UP accent keeps playing hide and seek.

kaagaz is clearly behind in a genre that has seen much better examples 10 years ago. The closest relative I can think of must be Salman Khan’s socially awakened films like Bajrangi Bhaijaan or Sultan. his heart may be in the right place, but stereotyped, juvenile directorial choices mar his chances for greatness. 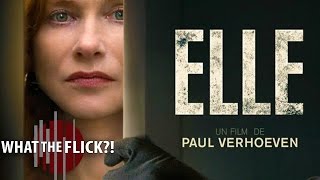 Elle review – revenge of an ice queen | Elle | The Guardian

Pisasu: A terrific addition to one of the most exciting oeuvres in Tamil cinema – The Hindu