hero karthi’s intense drama kaidhi has generated quite a stir among the audience. Being directed by Lokesh Kanagaraj, the movie has hit the screens today. let’s see how it goes.

In order to kill a group of five police officers seizing millions of dollars in drugs, a drug gang attacks the police intelligence office with the help of an informant. in the process, they supply drug-based liquor to a private police party. To rescue them, an officer named Vijay (Narain) takes the help of a newly freed Delhi prisoner (Karthi). Will the officer be able to save the life of his partner? Who is delhi and what is the backstory of him? How will Delhi help the police? forms the rest of the story.

truly, karthi has given her penny for the film, which is clearly visible on the screen. the makeover of him as a wild prisoner with a soft heart has been projected very well. Karthi, as an actor, can easily store the film and role as the best in his library. His settled acting and his non-dialogue expressions will be loved by the audience.

although there are no commercial elements, the emotional thread between karthi and her daughter has been impressively handled. the action sequences in the second half have been realistically executed. In addition to Karthi, another key role in the film is the actor Narain. he is too good in the given character and acted well. Since the film is primarily between Karthi and Narain, the chemistry between them adds a lot of depth to the proceedings.

the girl, who acted as karthi’s daughter, is cute and acted well. a senior actor in the tamil industry is the show stealer as his character as an agent will bring to life some intense scenes in the ig office. the guy who played the role of the truck owner is also good at the given character.

one of the main drawbacks of the film is that it lacks commerciality. the movie is a serious drama and had a simple story and is a game of cat and mouse between the police and the drug gang. some scenes like the gang of villains targeting ig’s office seem a bit over the top and could have been presented in a different way.

The first half of the film runs on a flat note with slow narration which is also a drawback for the film. the lack of prominent faces in some prominent roles may also not sit well with our audience. the film has a completely serious tone that may not be to the liking of many.

sathyan sooryan’s cinematography is top notch as he canned the film very well with the night ambience effect. camera framing and lighting has been used with seamless texture. Philomin Raj’s editing work is fine, but he should have cut about ten minutes out of the first half to make things more engaging.

music by sam c. s is attractive as its background score works greatly and brings the second half to life. the movie has no songs so there is no need to discuss the subject. Coming to director Lokesh Kanagaraj, he is one of the talents to watch out for. the audience will appreciate the way he handled a simple point with sharp detail. having a star like karthi on his hands, he would have made a formulaic commercial film but instead he chooses to make an experimental film which is highly appreciable. if he continues to make new age movies like kaidhi, lokesh will surely be successful in the future.

Overall, kaidhi is a serious and dark crime drama that impresses its target audience. Karthi’s makeover and Lokesh director’s take will be loved by those who enjoy serious crime dramas. on the other hand, the lack of commercial elements and the slow-paced first half may affect the film to some extent. If you neglect the above drawbacks, kaidhi is easy to see during diwali season. 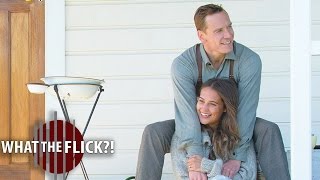