‘pagiri’ is about the ill effects of the government’s booze policy and the waning future of agriculture, and the film proves that good intentions are not enough to make a good movie.

murugan (prabhu ranaveeran) is the son of a farmer (supergood subramani) and has a bachelor’s degree in agriculture. His father wants him to go into farming, but he is hell-bent on getting a job at nasmac (read tasmac), as he sees it as a respectful government job that offers social security.

the local politician (k.rajan) who has the power to induce employees to nasmac, demands a bribe of rs.5 lakhs. Murugan starts working as a bartender to earn that money. he falls in love at first sight with the daughter (shravya) of a drunkard (a.venkatesh) who often visits the bar where murugan works.

murugan with the help of his lover and her mother (series actress rani) manages to get the job by paying the bribe but at the same time the fight for total prohibition intensifies with the support of those who seek to take political advantage of him .

This affects murugan’s ambition and his survival becomes a question mark. how it gets out of this problem forms the rest.

newcomer director esakki karvannan has attempted to convey some socially relevant messages about the pathetic situation created by the alcohol policy of successive tamil nadu governments. The film also sheds light on the deep-seated corruption in the government organization that has taken over the monopoly on liquor sales.

But despite its good intentions and some sharp, witty dialogue that show the writer-director’s deep understanding and genuine care for the subject matter, the film fails to engage audiences due to low production values, the Uninteresting narration and added portions. for entertainment mostly without achieving its purpose.

Yes, the film has some bold and forceful criticism and satire on the current and former government, and also on the two major political parties that have ruled the state for the last five decades. most of these criticisms are genuine and would have made their intended impact in a better film. criticism spills over with a personal troll to a former prime minister about his age and longevity. (name not revealed, but his yellow colored shawl and voice are enough for even a child to associate him with a nonagenarian politician from tamil nadu) but the writer and director can’t be blamed alone, as this particular dialogue causes a laugh. in the theater.

There’s also some heartbreaking dialogue about the greatness of farming, mostly delivered by one character in dramatic fashion.

but sometimes we get confused if the director opposes or supports the government selling liquor. liquor protesters are portrayed as those who do it for personal or political gain. the heroine and her mother obediently go looking for a place to open a nasmac retail store and end up giving up their own house for this purpose. Why don’t they even think of suggesting the hero find another job?

The film ends abruptly and the change in the hero’s mindset is also not convincingly portrayed. Even before that, we don’t know what makes the hero hell-bent on getting this jon despite his father’s stiff opposition. With the money he receives, he could have opted for any other government job.

The director has tried to infuse comedy with the failed and useless politician played by Ravi Maria who is chasing the heroine’s mother and wants to acquire her from her husband. these sequences can be laugh-worthy for a certain section of audiences and embarrassing for many.

newcomer prabhu ranaveeran is fit for his role. Shravya makes a good impression with her charming appearance and the character’s scope to act. Venkatesh and Ravi Mariya’s attempts to make us laugh fail more often than not. Serial actress Rani as the heroine’s mother gives a flawless performance. supergood subramani is suitable as a farmer emotionally attached to his profession.

a couple of songs by karunas are humbling, while s.n.arunagiri’s re-recording is often noisy and erratic. the cinematography and other technical aspects fit perfectly. 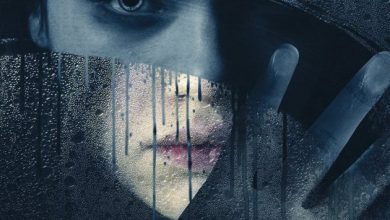 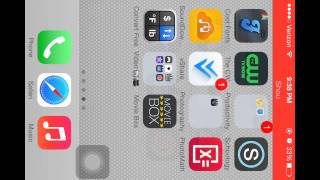