the title of mysskin’s new film, pisasu, suggests a change of pace. after years of dealing with stories about horror, you think the director has opted for a genre, horror, that will allow him to raise the nausea quotient a couple of notches. but despite the presence of the titular spirit, pisaasu is very much a companion piece to anjaathey or yuddham sei. here, too, we have a story that revolves around dark and puzzling events (at the midway point, the screen literally goes black) and a procedural investigation that, in the end, brings it all to light. Of course, longtime mysskin watchers will also include the other aspects (images, themes, tropes) that position this film firmly in the continuum of his oeuvre.

the frozen poses. the scenes set in auto-rickshaws and subways, and featuring flower sellers and blind beggars. characters whose hairstyle obscures part of the face (prasanna in anjaathey, pooja hegde in mugamoodi). a character inclined to philosophize, and who is always surrounded by acolytes, is called a plate. it makes nods to ilaiyaraaja and a background score that emphasizes solo violin passages: the protagonist is a violinist who plays mostly sad-sounding pieces. a static camera recording people entering and leaving the frame, and a top-angle shot looking at a character criticizing god. also, the unusual selection of shots. one would think that the scene where someone buys a bottle of booze would warrant a wide shot encompassing the liquor store and some drunks scattered around, and that the scene where a father breaks down upon hearing of the death of his daughter would be featured. the. in a close-up (much better to record all those emotions on his face), but it’s the opposite. we see a close-up of arms outstretched waiting to buy alcohol, and the father is shown at the other end of a long shot: he is so far away that we don’t even see his face. then there are what I like to call the zen shots. in a scene where a key witness is questioned, the camera isn’t even interested in the man: he walks over to someone nearby, washing his hands after a meal. even the opening event of the film is reminiscent of the scene at onaayum aattukuttiyum or anjaathey where the protagonist (siddharth, played by naga) bumps into an accident victim and pushes her (or her, in this case; bhavani, played by prayaga) into Hospital. at one point a beggar with a harmonium plays the old vaadikkai maranthathum yeno song, and you have to laugh. could this be mysskin’s admission of his habits that just won’t go away?

But these habits are what make his movies so compelling. One could argue that mysskin’s films are essentially rearrangements of his favorite images, themes, and tropes, and part of the fun is waiting to see what form they’ll take next. but at least one of her habits is not here, the visual with the woman in the yellow sari. Well, there is a woman in a yellow sari, but I’ll be damned if I know what her role is. (That procedurally based investigation, along with the reason for the seemingly random shot with centipedes, will have to wait for this movie in the future.) the director instead resorts to a couple of other colors. there’s green: in the name of an auto-rickshaw driver mockingly called pachai, in the tint on the bottle that ends a fight sequence, and in the numerous glimpses of greenery, which sometimes frame the shots. and there is red – the color of a pencil, a car, a turban, and also a herring. archives the opening shot in which pachai, driving the auto rickshaw, almost collides with the bicycle in front of him; you’ll need it for later, when you see it in a new light.

pisasu is nominally about siddharth trying to get rid of the ghost that has taken up residence in his house, but the movie is really mysskin’s idea of ​​a love story, which means it’s light years away from the typical siddharth story. love. Is there another filmmaker whose work is less driven by the love between hero and heroine and more by the love between friends, or brother and sister, or parents and children? I will let you find out what kind of love story this movie is, but I will tell you that it changes the trope of love at first sight. (In fact, the opening shot of the film is of a pair of eyes.) So those who expect to be scared to death are doomed to be disappointed. this is a ghost that a boy could fall in love with. this is a ghost a father could fall in love with. this is a ghost a mother-in-law could fall in love with. heck, given his views on smoking and drinking, this is one ghost anbumani ramadoss could fall in love with. (The film is unexpectedly rich in humour, and the joke I enjoyed the most is the obligatory “sarakku scene” in Tamil cinema that turns upside down. Never have the bottles looked so sinister: the beer drips like blood.)

A film’s fate at the box office is none of the critic’s business, and yet I walked away from pisasu wanting it to do well. with most of our films, we feel the pages of the script being transposed onto the screen: there is very little that can be called cinema. mysskin’s cinema is all cinema, and it seems to come from somewhere deep inside him, somewhere even he can’t be aware of. and now he’s at a point where he can execute the essentials of mainstream cinema in ever more inventive ways. There’s only one song, and it’s extraordinarily shot: a reminder to other directors that you don’t have to look for beauty in the alps; you can find it in the heart of the city, if you have a vision and a camera alert. (The framing is exquisite.) And I love the way mysskin shoots the action, which comes with an almost existential tinge. there was a time when mysskin’s cinema had sections that could be described as amateurish, but in onaayum aattukuttiyum and pisasu it has overcome those excesses. the filming is more than clean. It is, and I don’t say this lightly, pure.

a version of this review can be read at >https://baradwajrangan.wordpress.com 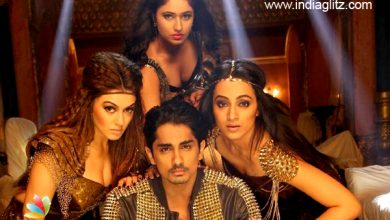 Queen movie review: This is not a review, this is a protest-Entertainment News , Firstpost