After the success of ninu veedani needanu nene, sundeep kishan is back with a comedy called tenali rama krishna. Directed by Nageswara Reddy, this movie has hit the screens today. let’s see how it is.

Tenali (Sundeep Kishan) is a small-time lawyer looking for a big case to settle in life. As time goes by, he falls in love with another lawyer (hansika) who is not liked by her father (murali sharma). Just as Tenali is ready to teach his lover’s father a lesson, he learns a shocking truth about him that also involves an industrialist Vara Lakshmi (Vara Lakshmi). what is that truth who is this lakshmi rod? How is she connected to the so-called criminal setup? and how does tenali solve all those problems? To find out the answers, watch the movie on the big screen.

The montage of the film is quite interesting. Sundeep Kishan leads from the front and gives a very good performance. his comedic timing is excellent and he was quite impressive in all the action sequences. special mention to the way he acted in all the court scenes with murali sharma where he did an impeccable job.

hansika looked beautiful as the lawyer and skillfully supported sundeep. once again murali sharma got a meaty role and was very impressive in it. it was great to see saptagiri in a comedic role after such a long time. her scenes with posani were very good. raghu babu was strictly fine.

The songs in the first half were pretty good. the way the turns went in the first half was also impressive. the first part had hardly any errors since the development was fluid. Vara Lakshmi Sarath Kumar started off well as her, but her character weakened in the second half.

First of all, the film is an old-school slapstick comedy aimed at the masses. therefore, a part of the audience will find the comedy quite over the top. the second half of the movie is a big problem as the director loses ideas and makes the movie fall on its face.

starts the second part with a big twist and when we think that the real game will start now, things get stuck. what comes next is goofy comedy, lack of relatable drama, and lots of non-logic scenes. you’d think there would be some good courtroom drama, but sadly that’s missing from the film in later stages. the way the bystanders are treated and comedy is generated through them in a critical situation seems silly and puts off the movie.

The production values ​​of the film are top notch as the film looks great. The camera work is quite good as the settings of the courtroom and the city of Kurnool are shown in a realistic and natural way. the dialogues are witty and elicit good laughs. the editing is decent as the movie has a sharp running time. sai karthik’s music is impressive as all the songs are good and they are well filmed as well. the bgm is also excellent. hansika is magnificently styled in the movie.

as for director nageswara reddy, he had a good story but he didn’t make the most of it. he starts off the first half well, gets the comedy scenes flowing and introduces the unexpected twists superbly. he also starts the second half with a crazy twist, but from there, his storytelling takes a beating. he misses a good plot and in the name of comedy makes the proceedings dumb and breaks the backbone of the movie and ends it in a dumb way.

Overall, tenali rama krishna is a comedy aimed at the target audience of individual screens. the movie has an impressive first half with good comedy and unexpected twists. but the second half is underwhelming due to jaded storytelling and superior cutscenes. all those who love loud comedy and don’t care about plot or logic, this movie will impress you. the rest can choose between something else this weekend. 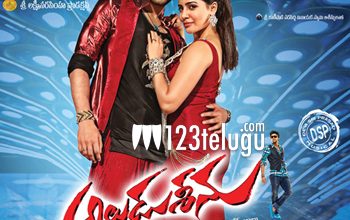