When does naruto the last movie occur

In this article, you will find all 10 naruto movies in order (and one boruto movie) and their place in the timeline so you know when you should watch them if you want to follow the narrative in chronological order. Naruto was serialized from 1999 to 2014 and later released in book form. The manga was adapted into an anime television series that aired a total of 220 episodes in Japan from 2002 to 2007. Naruto: Shippuden, a sequel to the original series, premiered in Japan in 2007 and ended in 2017, after 500 amazing episodes. . The story of Naruto Today continues with Naruto’s son, Boruto Uzumaki, in Boruto: Naruto Next Generation. Boruto wishes to create his own ninja path instead of following his father’s. So if you’re ready to check out this fan-favorite franchise, we’ve put together this convenient Naruto movie viewing order for you.

how many naruto movies are there?

Like most long-running anime series, Naruto was adapted into several movies that complement the main narrative. A total of 11 Naruto movies have been produced, 10 of them related to the Naruto franchise and one (so far) featuring Boruto. Because this is an article about the Naruto franchise, we are not going to talk about the Boruto movie.

The first three Naruto movies are part of the original Naruto anime series, while the remaining seven are part of Naruto: Shippuden, the second anime series. Since they both follow Naruto (as opposed to Boruto, which follows Naruto’s son Boruto Uzumaki), we can see these 10 movies as part of a single narrative unit. the movies are:

In this section, we will give you more information about the 10 movies mentioned in the previous section (excluding the boruto movie). you will find out more about its launch, its plots and, most importantly, when they actually take place. here we go!

naruto the movie: clash of ninjas in the land of snow 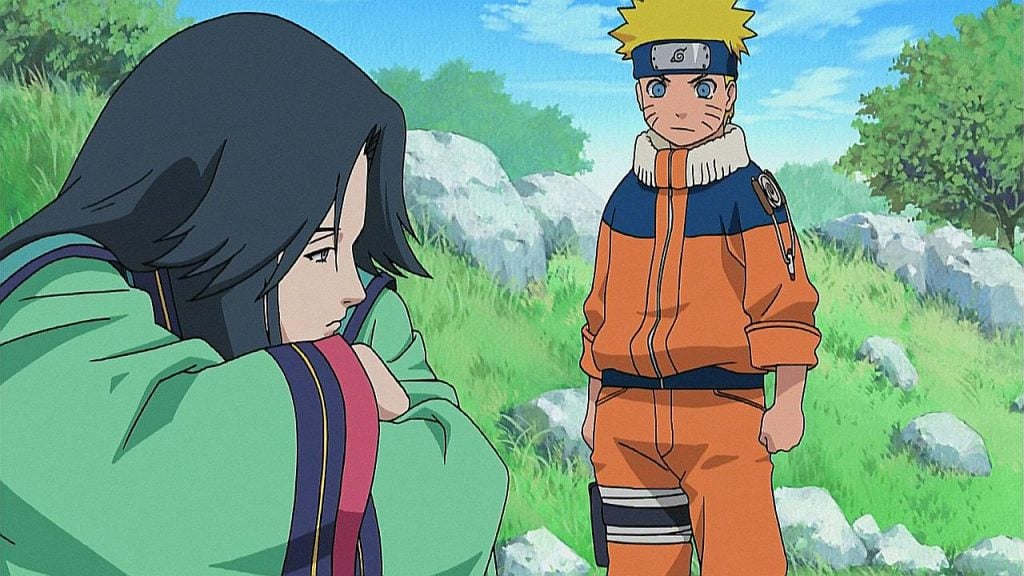 Timeline: The movie takes place between episodes 101 and 106 of the original Naruto anime series.

naruto the movie: the legend of the gelel stone 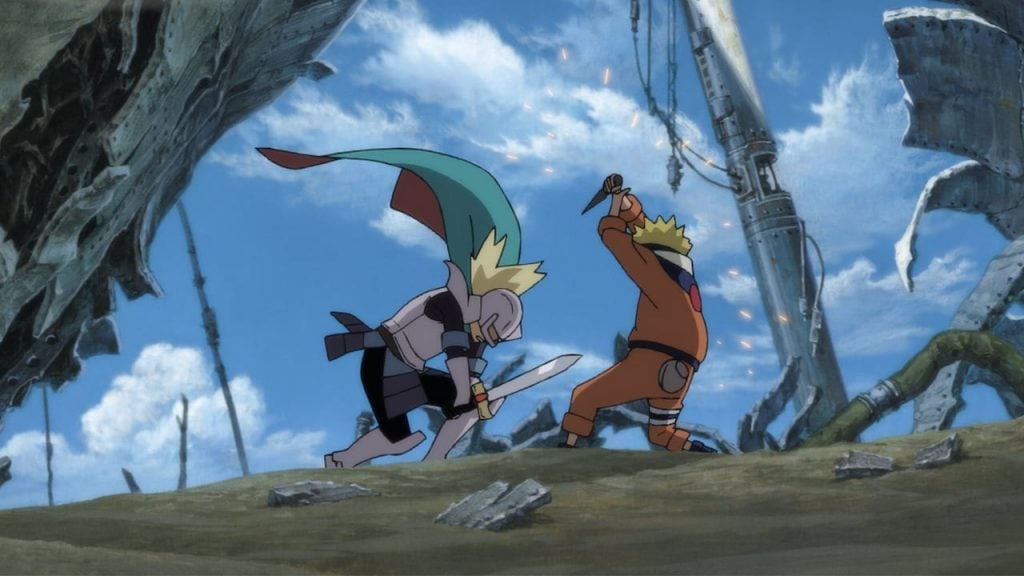 Timeline: This movie takes place after the 160th episode of the original Naruto anime.

naruto the movie: guardians of the crescent moon kingdom 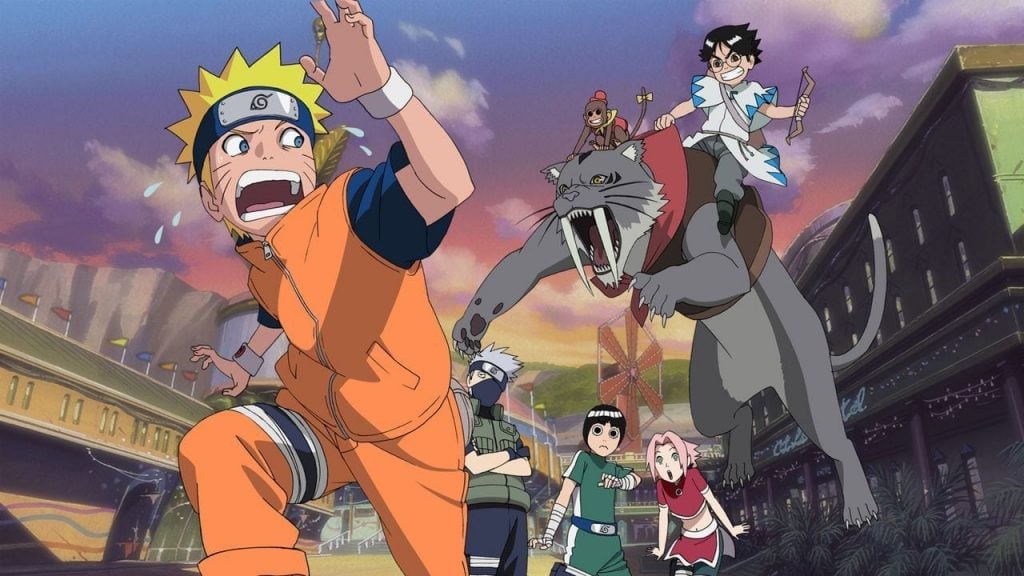 chronology: this movie takes place during the post-sasuke saga of the original naruto anime, that is, after episode 196. 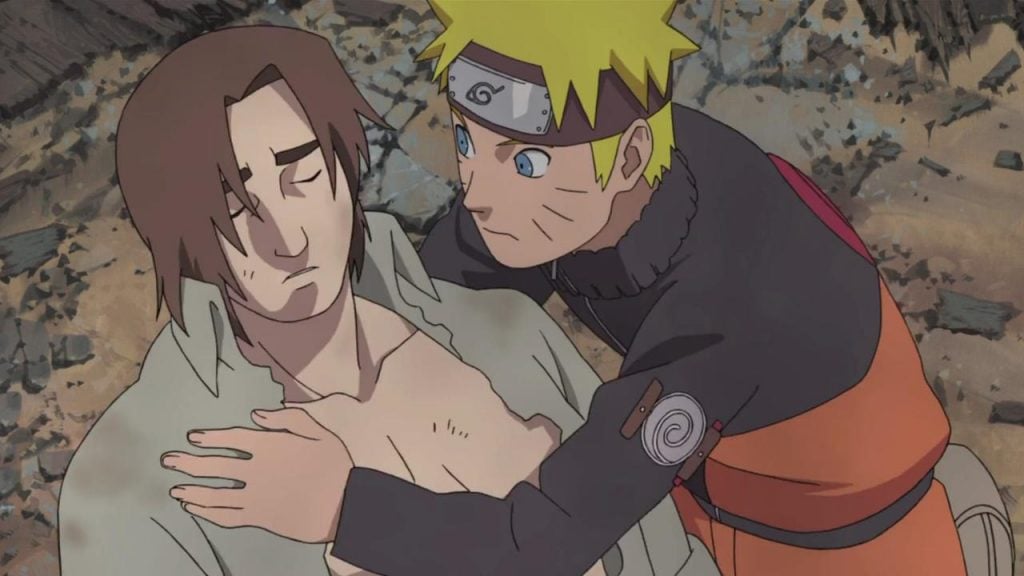 Timeline: The movie is set after episode 53 of the anime Naruto: Shippuden, when Naruto, Sakura, Sai, and Yamato returned to the village. 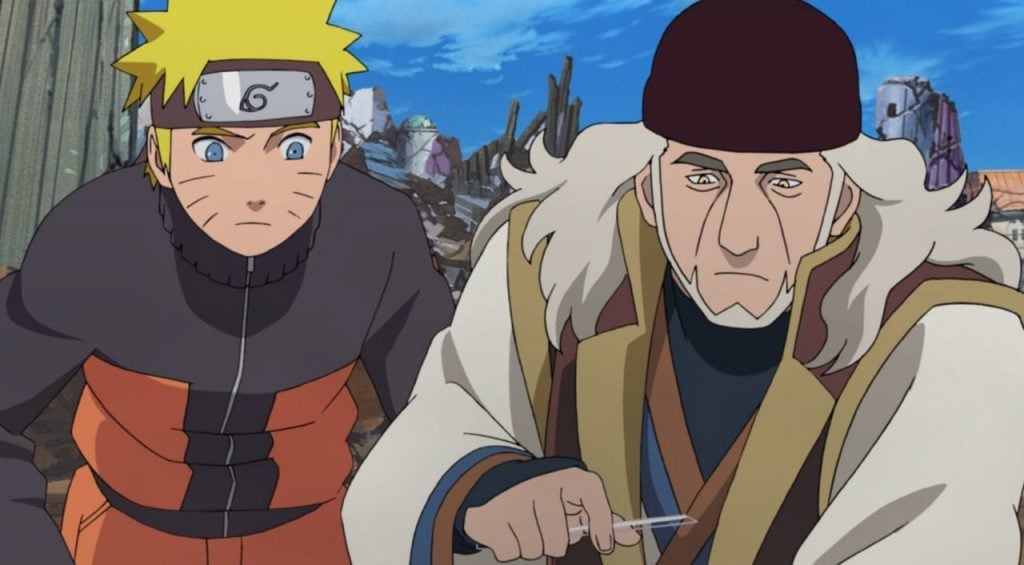 chronology: this movie is set after episode 111 of the anime naruto: shippuden, as orochimaru was sick, which happened when sasuke was about to kill orochimaru.

naruto shippuden the movie: will of fire 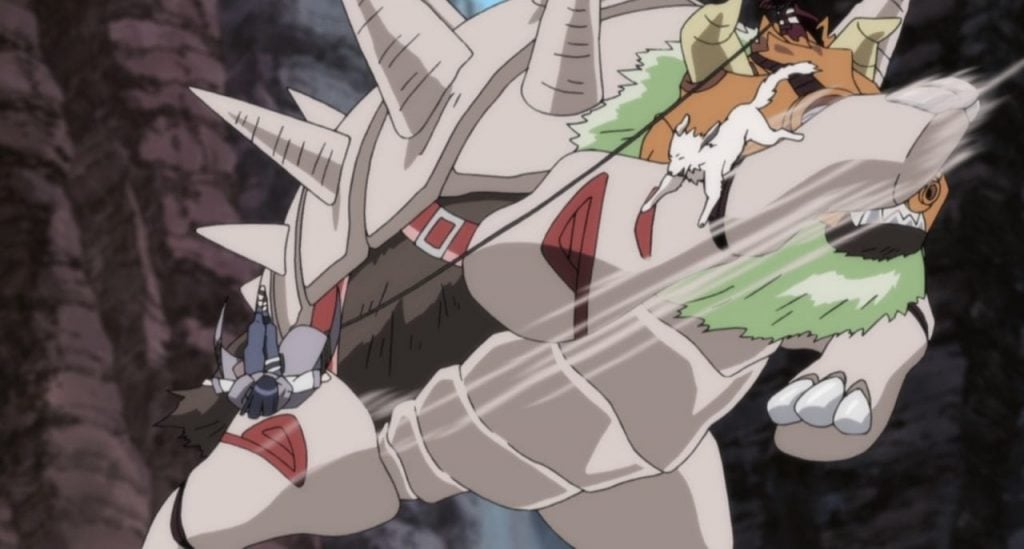 chronology: the movie takes place after episode 89 of the anime naruto: shippuden, due to the great influence of the hidan and kakuzu arc. 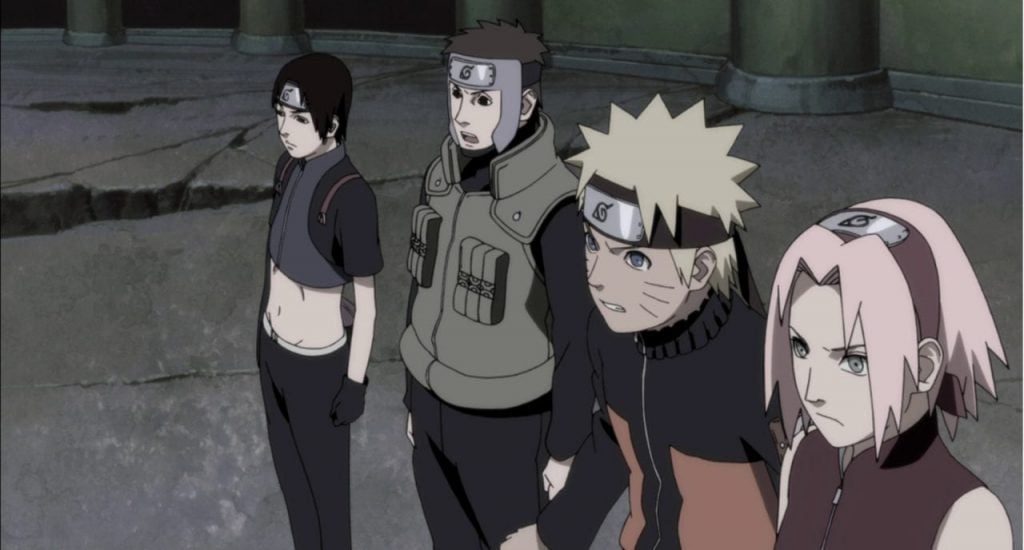 Timeline: The movie takes place after the Naruto: Shippuden anime episodes 152-154 arc, after Jiraiya’s death but before Grief attacked the village. 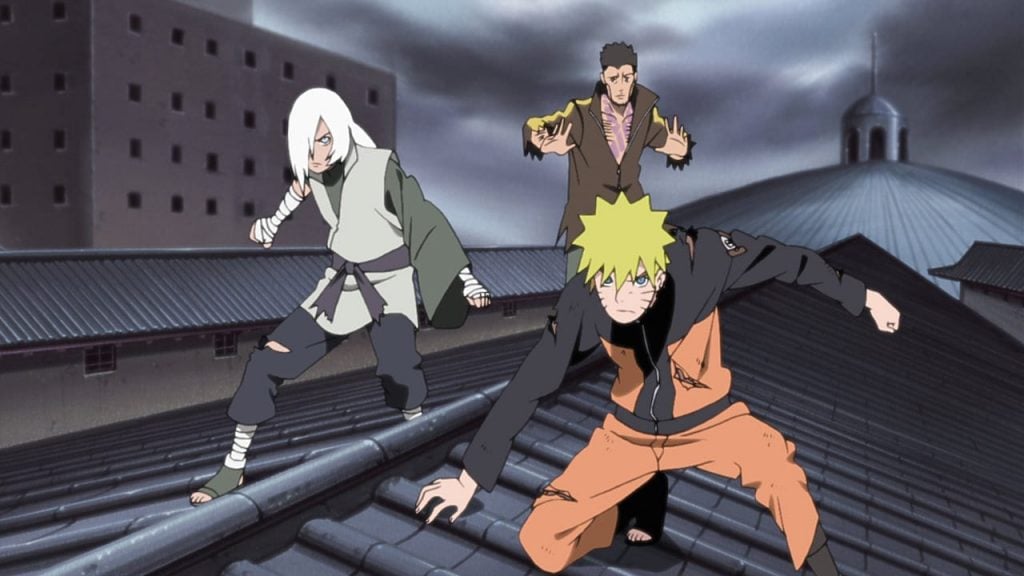 Timeline: This movie is probably set after episode 196 of the Naruto: Shippuden anime, but we can’t be sure due to plot inconsistencies. namely, naruto knew sage mode and remembered when he met his father, even though the invasion of pain had not yet occurred. the fourth raikage, he still had his left hand, despite having lost it during the five kage summit. Naruto knew Assassin B, but Naruto didn’t meet him until his training on Turtle Island. that’s why it’s not absolutely clear when this movie takes place.

road to ninja: naruto the movie 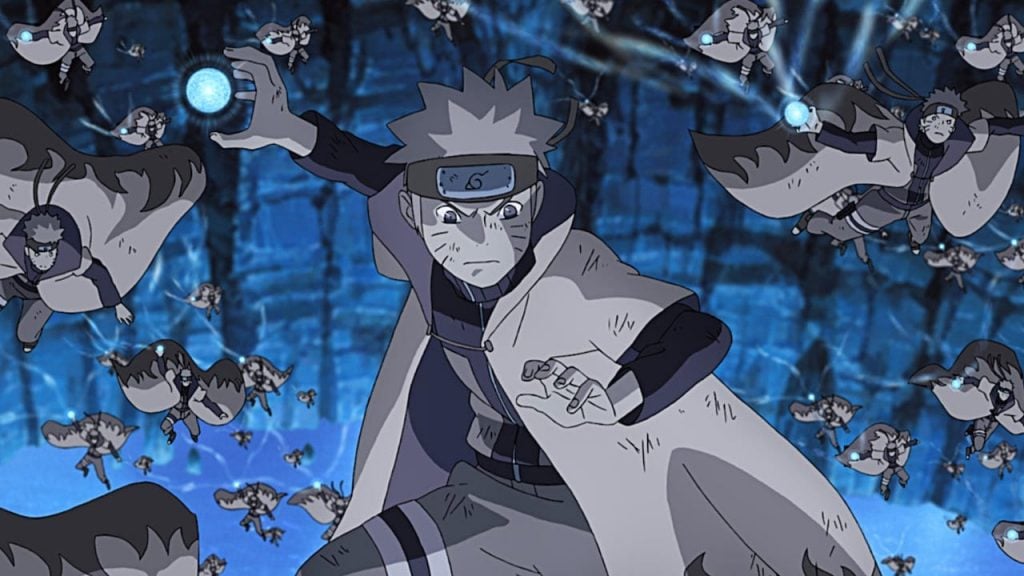 chronology: this anime takes place after episode 251 of the anime naruto: shippuden, because naruto must have already met his mother. however the fact that konoha shinobi was fighting through pain and the akatsuki at first would place this before episode 150 and undermine the plot of naruto’s understanding of her parents meaning it just doesn’t fit perfectly. later in the movie, it was revealed that the akatsuki members were white zetsu, not the real ones (that’s why they were so easily defeated and could go through the ground).

the last one: naruto the movie 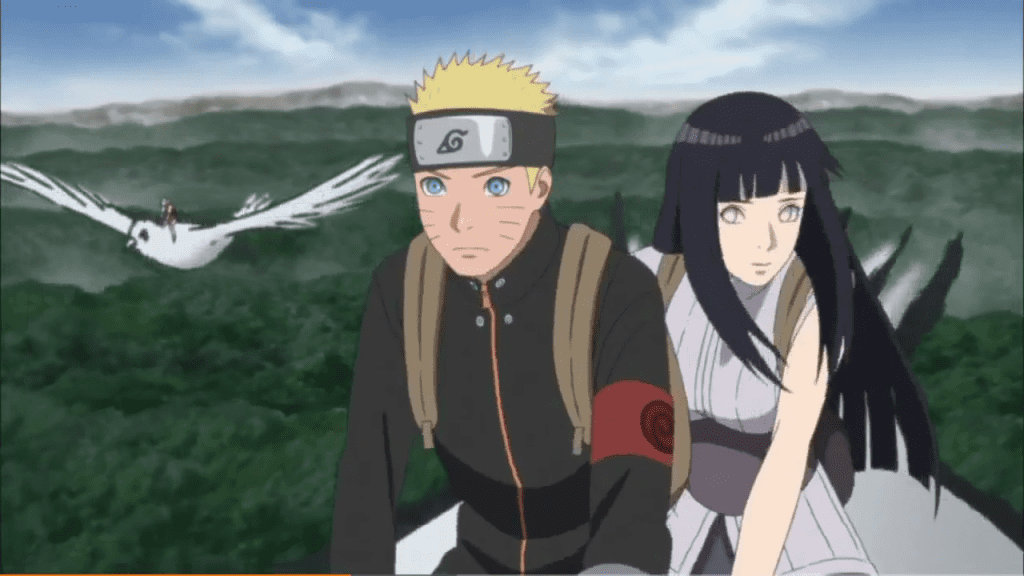 Timeline: The last movie is set after episode 493 of the Naruto: Shippuden anime, but we recommend watching it after episode 500 because of some things that happen at the end of the movie.

Now that you know when each of the movies takes place, and as you may have seen they weren’t released in chronological order, we’ve decided to give you one last chronological viewing order of all the Naruto movies, and here it is:

Anime movies are a very specific type of material, as most fans will surely know. that is, although some anime franchises have many movies, the movies are rarely (if ever) tied to the main anime franchise. sometimes they are adaptations of some individual stories, while, and that is the most frequent case, at other times, they are completely original stories written or at least approved by the original author of the franchise.

Anime movies are usually set in an unspecified period of time within the franchise, usually between some major arcs, but sometimes part of some anime arcs as well, though their chronology is rarely apparent. one can usually determine roughly when each of the movies takes place based on some features present in the movie and anime, but the exact time can rarely be pinpointed. an additional problem with this is the fact that the films are rarely referenced in the main anime series, which makes it even more complex to establish a timeline.

While it’s not impossible for a movie to have some influence on the anime series, it’s a rare occurrence and when it does happen, it’s usually a minor influence that doesn’t drastically alter the events of the anime series. In light of this, the Naruto movies don’t really matter in a larger narrative sense. they expand the scope of the series, but don’t really have much of an influence on the events of the anime and present, in a sense, side stories that give us a better insight into the world and the characters, but don’t really contribute much to the main plot.

Still, we highly recommend them as they are usually a lot of fun to watch and give you a broader view of your favorite series, which is always a good and fun thing to do.

do you have to watch all the naruto movies?

Related to the previous section, we also have to say that watching anime movies is rarely necessary but there are always some exceptions and naruto is a franchise with such an exception. For the most part, the Naruto movies are not a must-see series and you can skip most of them without feeling like you’ve missed something.

As explained above, the movies are rarely linked to the main narrative of the anime and with nine of the ten naruto movies, the situation is exactly like that. the first nine movies are stand-alone stories and you can skip them if you don’t want to waste time; We don’t recommend them as they are certainly fun to watch, but if you just want to brush up on the main plot then the movies aren’t really necessary and you can skip them.

the only naruto movie you can’t really skip is the last one: naruto the movie, as it is directly related to the anime. the synopsis and timeline were explained above so we won’t repeat that here but we have to say that the latter actually concludes naruto and hinata’s story, showing how their romance finally began and confirming that they did indeed pull it off. married, even though the wedding itself was never shown on screen (we saw a few scenes later, but that’s about it).

boruto: naruto the movie also cannot be skipped as it contains important narrative elements, but since this article is not really about boruto, but only about naruto, we will not discuss the reasons here.

where can you watch naruto movies?

Naruto movies are thankfully available to stream online though not in all regions of the world, but if you’re in the US you shouldn’t have a problem. Since not all movies are available in the same place, we are going to list each one and tell you where you can watch them:

are naruto movies worth watching?

not all naruto movies are worth watching as not all of them are great. But when it comes to the quality of the movies, here is a short video that can give you a better idea of ​​what you can find while watching Naruto movies.

what movies are canon in naruto? 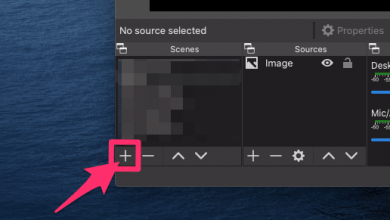 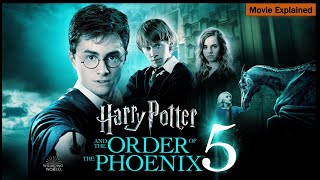 What is the name of the 5th harry potter movie 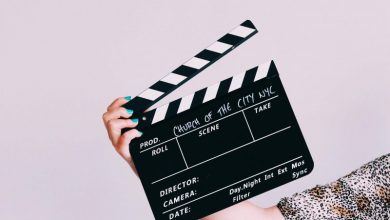