london babulu, the telugu remake of manikandan’s critically acclaimed aandavan kattalai, follows the lives of two friends, gandhi and pandu, who hail from antarvedi, in the hinterland of andhra pradesh, and how their desperation to earn money working abroad. to make a series of wrong decisions. The film, directed by B Chinnikrishna, is full of surprises, not only in terms of its characters and incidents on their journey, but also in how closely it sticks to its original essence.

at this point i should add i hadn’t seen aandavan kattalai which had vijay sethupathi and ritika singh in the lead roles. And considering that the remake has been directed by a filmmaker whose previous movies include comedies like Brother of Bommali and Veedu Theda, I was skeptical about how Aandavan Kettalai’s remake was going to be handled. Fortunately, the film is a pleasant surprise on several levels: 1) it doesn’t go overboard in its take on comedy 2) the actors make you believe in them 3) the plot is so engaging that you’re forced to skip over a lot of things that could have been better.

Every time a Tamil or Malayalam film is remade in Telugu, it is forced to undergo a litmus test to see if it is entertaining enough or will resonate with the local population. as a result, a comedy track is written or scenes are changed to suit the sensibilities of the Telugu audience. however, there is a big difference between aandavan kattalai and london babulu, so to speak.

Several reviewers praised the former for being quite nuanced in terms of how it draws similarities between Indian immigrants in the UK, the US, and Sri Lankan immigrants living in Tamil Nadu. however, in his new version, all of this subtext is removed and what we get at the end is the story of a young man who makes a mistake and then is forced to face the consequences until he realizes the cost of his lies and how it changes you as a person. In a way, you can’t compare the two movies on the same level, but despite all this, London Babulu still works as a movie.

in the movie, gandhi (rakshith) is forced to leave his village to pay off a loan to save his sister’s marriage, and when he arrives in hyderabad, he is tricked by a kumar (jeeva) agent, who promises him that he will make all the arrangements to go to london and also find a job once he goes there. Soon, Gandhi is told that the British Consulate will easily approve his visa if he mentions that he is already married. gandhi ends up writing a random name, suryakantham, as his wife’s name, and this, in turn, leads to several complications in his life once his uk visa is refused. the rest of the story is about what every gandhi is forced to do to fulfill his dream of going to london.

the newcomer rakshith is not vijay sethupathi; however, he does a good job of portraying a young man who is taken to extremes. as the character’s name suggests, rakshith is sincere and honest, and the fact that he has to lie to do his job kills him inside. his conscience refuses to accept everything that’s going on in his life and he feels particularly bad about dragging suryakantham, played by swathi, into this quagmire.

on the other hand, dhanraj, who plays rakshith’s friend, and satya are wonderful in their respective roles. for all the comedic touch of their characters, there’s a surprising amount of emotion hidden behind their eyes, and we’re brought to tears when they end up on the wrong side of the law in the end. in the end, it is swathi who takes center stage. She plays a TV journalist who is sympathetic to Gandhi’s plight and agrees to cooperate with him in his attempt to go abroad.

The film also works as a wake-up call to the general public not to fall for false promises made by intermediaries. In one particular scene, when Gandhi approaches a government official, the latter criticizes him saying: “You seem well educated and yet you fall for false promises made by strangers despite various warnings from the government. we are here to serve you.” and then he tells her that the cost of obtaining a passport is only a fraction of what gandhi had to spend to obtain it through illegal means. and when the story switches to court, there is a wonderful comment about why why couples seek divorce for a variety of reasons rakshith’s interactions with ali, who plays a lawyer, are hilarious and the entire court sequence is wonderfully written.

Lasting just over two hours, london babulu generates a lot of laughs and also makes you wonder why people are so desperate to go abroad by illegal means. and that is where it triumphs as a story. you have your heart in the right place. go see it. 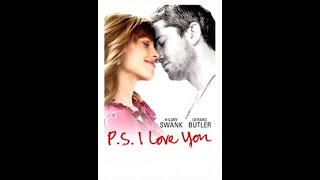 Hear me out: why PS I Love You isn’t a bad movie | Hilary Swank | The Guardian