One of the benefits of watching a movie on a streaming service from the comfort and safety of our own home is that we become a bit more complacent than we usually are. we’re a bit more forgiving and tolerant of the film, since we didn’t have to go through a lot of trouble to go to the cinema to see it. The only question that worries most movie viewers is whether the movie is worth their effort, money, and time. Now, when we rule out the first two parameters of this cinematic dilemma, we’re more likely to appreciate even a mediocre movie than to hate it outright.

Take, for example, Mammootty’s latest movie, One, which began streaming on Netflix on Tuesday. the marketing of the film promised us a kind of political spectacle, but what served us instead were the good intentions of the filmmaker. Having seen this movie without much trouble at home, I can appreciate the message without complaining about how this movie is such a wasted opportunity.

Kadakkal Chandran, played by Mammootty, belongs to a low caste. After dedicating more than 37 years of his life to politics, he still stays away from the vices of his profession. he does not seek power for himself and he is not greedy. he is an idealistic man, who knows where he comes from and where he is going. he is also confident enough to understand the dynamics of society. he, for example, does not put a student in jail who asks him to cut his hair. the student in question meant that comment as an insult to the prime minister for being the son of a barber. In fact, many seasoned politicians cannot stomach the fact that the son of a barber holds the office of Prime Minister in Kerala. But, Chandran wears his history and his family’s legacy as armor, saving him from tripping over his own ego.

there’s a lot of political consciousness in the writing of the screenwriting duo bobby and sanjay. the film immediately acknowledges that politics is the last resort of scoundrels but, at the same time, it also refuses to be completely cynical. Following the film, all it takes is a single self-destructive politician to light the fuse for progressive reform.

and bobby and sanjay want us to see the ironies in state politics. in kerala, where the communist ideology rules, people cannot bear that a son of a proletarian becomes prime minister. the filmmakers also want us to see the state’s obsession with the hartal and how the downsides of frequent strikes outweigh the upsides. it also emphasizes the fact that every political party has some honest members who want to bring about change in the country. it also highlights the need for a leader to cut the umbilical cord with his political party once he takes the oath of office. in other words, the separation of church and state. Director Santhosh Viswanath’s portrayal, however, doesn’t do justice to Bobby-Sanjay’s sharp observations. Or did bobby-sanjay deliberately sabotage his script to suit hero worship? it’s hard to say.

On the one hand, there are long preparations for obvious results and, at times, it becomes preachy. Also, what about kadakkal chandran’s head injury and his problem with memory? only bobby-sanjay and santhosh viswanath could tell us why they didn’t continue that subplot.

despite its various follies, one is an enjoyable movie to watch. It feels good, for a change, when a powerful person uses his power to help the weak and solve the problems of the poor with a single stroke of his pen. 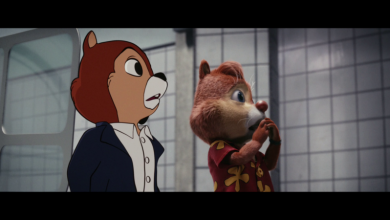 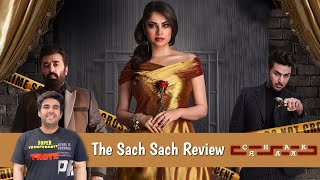