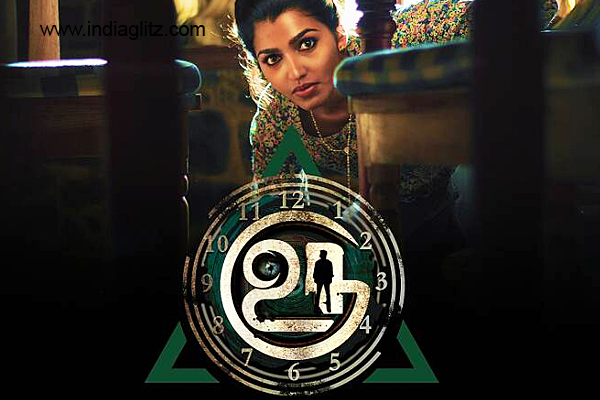 kalaiyarasan and sai dhanshika are the young and emerging actors who have given recognizable performances in some movies. they haven’t found a foothold in kollywood yet and they hope to do so with ‘uru’ in which they have performed as a couple for the first time. written and directed by newcomer vicky anand, ‘uru’ is a horror thriller without ghosts and let’s see if the film is capable of establishing the foothold of its protagonists in kollywood.

jeevan (kalaiyarasan) is a writer who has lost his shine. His publisher urges him to write something that appeals to a young audience, like a thriller or a story about an antihero. Jeevan’s wife, Jenni (Sai ​​Dhanshika), postponed her family life giving two years time for her husband to recover her fortune as a writer. she loses patience and starts to pressure jeevan to find another job.

jeevan has the idea for a story about a psycho killer who kills like an art and has no remorse for it. he presents this concept to his editor, who in turn asks him to continue writing it. Jeevan convinces his wife to wait two more months and leaves Meghamalai to finish writing his story.

after arriving in meghamalai, jeevan begins to have some unusual hair-raising experiences as he continues to write his story. Jenni shows up out of the blue and the couple decides to return home because things don’t seem right. but it’s too late to make that decision.

To find out why and what happens next, watch the movie in theaters. Newcomer director Vicky Anand deserves praise on several counts. This movie stays true to the promise given in the promotion: it is a true horror thriller with no appearance of ghost or any other supernatural elements. being a rookie, he has shown the guts it takes to kill off any kind of commercial engagement or unwanted ingredients that aren’t connected to the story. there are no songs, love scenes, comedy, or over-the-top action sequences that the story doesn’t require.

Even the characters are established with the movement of the story. screen time is not wasted in establishing the relationship and backstory of the main characters. they just come as dialogue at an appropriate point in the script and that serves its purpose. even the name of an important character is not told to the audience with dialogue just so they know her name. it is revealed much later, in the form of a letter written by a mute to the hero. These factors place Vicky Anand among the directors of the new age who dare to make novel attempts and respect the sensibility of the public as a creator.

but the main drawback is that the film is not entertaining or engaging enough, and definitely not for those who come to movie theaters to be entertained or pass the time. the procedures are too slow (although justified to some extent) and he detailed that even the total execution time, which is less than two hours, tests patience. the predominant part of the second half is circumscribed to a certain place with one or two characters. this makes it an exhausting experience beyond a point.

the last half hour has many twists. while some turn out well, the others are one of those in which the scriptwriter makes us believe something in a previous moment and then says that it is not what we thought and it is something else and there is an overdose of this game of hide and seek.

kaliayarasan is perfect for bringing out the frustration of a failed writer and also does a good job of being a vulnerable person in the early stages of the film. All the other supporting cast including the gopi mime have ticked the boxes, while daniel annie pope blinks, you’ll miss her appearance.

director vijay anand has been brilliantly supported by three people to achieve his vision. the heroine sai dhanshika, who performs almost solo for a considerable part of the second half and has done a fantastic job as an innocent woman trapped in a house to escape a murderer, music director johan with his intriguing soundtrack of background that uses sounds and silences in proper proportions and cinematographer prasanna kumar who captures the scenic beauty of meghamalai with stunning shots from above and also transforms the chilling effect of night sequences for the viewer.

verdict: ‘uru’ is a noticeably different horror thriller with good acting, music and camera. It would have been much better if the movie had enough interesting elements to keep the audience engaged at all times.