suriya is back with a new movie called et. the film has been released today with little publicity. let’s see how it is.

suriya is the heart and soul of the film and there is never a dull moment when she is on screen. As a lawyer, he does well and carries the film on his shoulders. Suriya’s screen presence in the action blocks is very good.

priyanka arul mohan looks boring in the first half but gets a meaty role in the second half. Vinay Rai is fine as her, as is Saranya and Satyaraj as the supporting characters.

The second half has some decent thrills. the message shown at the climax is also good. how girls in society face problems due to social media has been well highlighted.

one of the biggest drawbacks of the movie is the boring and dumb first half. pandiraj has directed this movie and his story is good too. but he didn’t set the problem well from the beginning and showed silly family drama and romance that seemed boring.

Because of this, the mood of the audience is altered and the story is also unclear. there is a lot of tamil flavor in the movie and this gives a different effect for the telugu audience.

Although some scenes elicit laughs, the rest of the comedy tracks just drag on for no reason. the confrontation between the hero and the villain is not as strong and more exciting scenes should be designed.

The film’s production values ​​are fine. the production design looks old school and the telugu dubbing is decent. Immam’s bgm is decent, but the camera work isn’t that impressive.

referring to the pandiraj director, he has done a mixed job with the film. his story is relatable, but the way he narrated the film is disappointing. the first half launches and nothing works during this time.

The real drama and story starts in the second half when a good social message is discussed. emotions are also fine during this time. If it had made some sense in the first half with some basic drama, things would have looked a lot better.

Overall, et is a social drama with some interesting massive elements. suriya leads from the front and the second half has passable emotions. but to enjoy all this you have to go through a horrible first part. if you’re okay with that aspect, give this movie a try and get ready for routine narration. 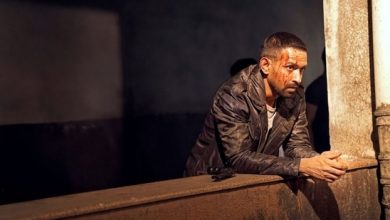