There are a plethora of movies with immersive scripts that can take viewers on an emotional rollercoaster during their runtime. but how many such movies leave a lasting impact on our minds and continue to haunt us for a long time? very few, right! The 2014 Malayalam film Ottaal (English: The Trap) belongs to this minuscule club of cinematic gems that are achingly beautiful, sublime and poetic yet devastating in their aftertaste.

Based on the tragic tale “Vanka” by Anton Chekhov, Ottaal follows the lives of Kuttappayi (Ashanth K. Sha) and his grandfather (Kumarakom Vasudevan) in Kerala, a village in Kerala. After the suicide of her debt-ridden farmer parents, eight-year-old Kuttappayi starts living with her grandfather, who is tasked with raising ducks in the backwaters of Mesthri (Shine Tom Chacko). A beautiful bond develops between grandfather and grandson as they live, eat and sleep together. there are endearing moments in the film where the two indulge in role-playing games, like kuttappayi narrating bedtime stories to her grandfather. multi-national award-winning director jayaraj (desadanam, kaliyattam, shantham) provides an enchanting and picturesque backdrop that complements the protagonists’ pure and benevolent nature. the almost divine landscape of kuttanad (the lush green wetlands, the bodies of water, the flock of ducks, the migratory birds) is breathtaking and subtly pushes us to discover that the true essence of life lies in being one with nature.

in ottaal, jayaraj cleverly uses metaphors in dialogues that connote important life lessons and indicate the trajectory of kuttappayi’s narrative. For example, in an opening scene, Kuttappayi’s grandfather explains to him the nests of weaver birds and how the parent birds migrate with the newborns once the eggs have hatched. an innocent kuttappayi asks him: “what about newborns without parents?” In a later scene, Grandpa uses a chicken to hatch the ducks’ eggs, but once the ducklings come out, he chases the chicken away, as he will try to destroy them once he realizes they are not chickens. The ducklings will have to learn to survive on their own. and also kuttappayi!

As Grandpa’s health begins to deteriorate, he wishes to send Kuttappayi into someone else’s custody for a secure future. he convinces kuttappayi to be sent to a faraway school, but in reality he will be taken to a fireworks factory as a child laborer. An exceptionally talented Kuttappayi, who used to help his wealthy Tinku friend excel in arts and crafts, is denied the chance to learn at a school. Such is the tragic fate of millions of poor children around the world who lose their childhood in a cruel world that exploits them.

ottaal not only excels at character development, storytelling, and visuals, but also delivers brilliant background music that deepens the emotions evoked in the frames. However, the highlight of the film is its only song, “aa manathilirrunnu”, composed by padma bhushan kavalam narayana panicker. A lament sung in an exceptionally heartbroken voice, the song poignantly expresses Grandfather’s pain at parting from Kuttappayi. Kumarakom Vasudevan, a fisherman in real life, touches your heart with the slightest expressions of him like the wounded grandfather who tries hard to suppress his emotions. His old hardened and wrinkled face is perfectly suited to the role, as his demeanor epitomizes a man who has struggled and endured hardship in real life.

Why do we glorify energy-consuming “development” and commercialization when happiness can be found effortlessly in nature? A character in the film who rows the waterwheel asks Kuttappayi about her desire to study at a school. kuttappayi responds by saying that he wants to learn addition and subtraction. says the helmsman, “no matter how much one adds or subtracts in life, in the end, what we have left is nothing!”

winner of several major awards in india and abroad including crystal bear at berlin international film festival 2016, it is surprising and sad that a masterpiece like ottaal remains a dark clock even for the majority of Malaysians. many of my movie-loving friends who have devoured the best regional films of the last decade had never even heard of the film! perhaps because it was considered a children’s film, it never gained much popularity. but make no mistake, this is a very mature movie with a very deep message from jayaraj. Through portraying warm and generous relationships amidst an abundance of natural beauty, the director wants us to reflect and question our idea of ​​healthy living. 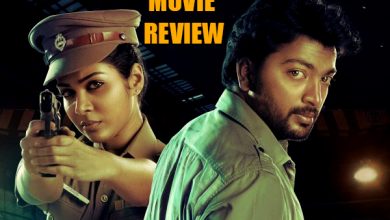